ATTENTION CUSTOMERS: MVWD Offices Closed to the Public Until Further Notice Read On...

State-of-the-art technologies are used to treat and test the water served to Monte Vista Water District (MVWD) customers. To ensure proper disinfection, MVWD adds chlorine in the form of sodium hypochlorite, a chemical similar to household bleach, to the water supply produced by its groundwater wells. The chlorine kills harmful bacteria and viruses that might enter the system via a broken main or well contamination. Treated water from the Agua de Lejos Treatment Plant and the city of Upland distribution system is introduced directly into MVWD's distribution system.

Groundwater produced by MVWD's wells requires very minimal treatment prior to distribution. However, the groundwater basin from which MVWD draws water has areas of high concentrations of nitrates, a salt that at certain levels may pose a health risk to vulnerable populations. One of MVWD's newest wells is equipped with an ion exchange treatment facility that removes nitrates from the pumped 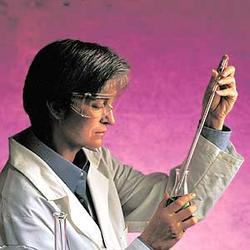 MVWD safeguards the distribution system by actively monitoring for 88 contaminants. MVWD collects water samples from 16 California State Water Resources Control Board-approved locations evenly dispersed throughout our distribution system every week, as well as from each of the District's active wells each month. 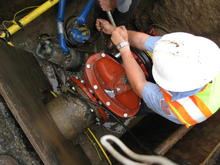